On Friday night Mendy, one of our twins, sang a Yiddish song that praises the holy day and speaks of taking its blessings into the week. He sang it again last night. It brought us such joy I thought I'd post it for you to listen to.

Chanuka will be here in a few hours. The Menorah is waiting to be polished. And I'm waiting to be inspired, ignited by the light of the inner mystical wellsprings of the Torah that shine from the flames.
When my daughter Chana was nine, I did some homeschooling with her. Here's a poem she wrote about the holiday. And a painting by Rothko ("Number 19", from the Art Institute of Chicago. It was sent out in the Chanuka card. If you aren't on our mailing list and would like to sign up, click here.
Chanuka
Oil,
Greasy, gold.
Eight lights shine
And dance and flicker
In front of the mezuza.
Happily, gratefully, we light the menora,
Spin, spin little draidel, spin.
Quick!  Don't miss it!
Take a latke,
greasy, gold,
Oil
By Chana, age 9
Posted by Shimona Tzukernik at 9:38 AM No comments: 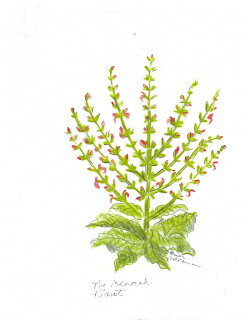 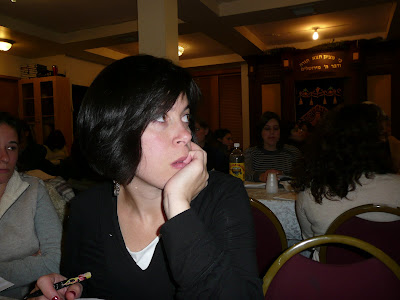 This past week we concluded the Tuesday JLI Tanya course in Crown Heights. It was called SoulMaps. And that just what it was - a course of study uncovering the landscape of the soul.
Here's a quotation of an email that came in from one of the students:
"I just wanted to say thank you for the incredible Tanya classes you taught these past few weeks...It gave a whole new meaning to Tanya...Tanya is alive, and now talks to me! Every time I sat in your classes, I had the feeling of (this might sound strange) my soul being elevated. I walked home in an uplifted mood...Thank you, thank you, thank you!"
There have been requests for a weekly, text-based class on Tanya in Crown Heights.  If you're interested, let us know.
The course, created by the Jewish Learning Institute and authored by Rabbi Shais Taub, was excellent. But learning needs more than an outstanding curriculum. So I want to thank all the women who joined in the sessions. (Omek had 89 women in total enroll and ran two sessions per week.) The young woman who wrote the email above has no idea as to how her presence radiated across the room and inspired me to try and teach from a place of truth and honoring.
Our next JLI course will begin in February. It's a course on Talmudic Ethics. We'll be examining compelling contemporary legal scenarios through the lens of Talmudic thinking. It promises to be intriguing. If you're open to opening your mind to new ways of thinking, contact us at info@shimona.org to find out more.
Looking forward,
Shimona 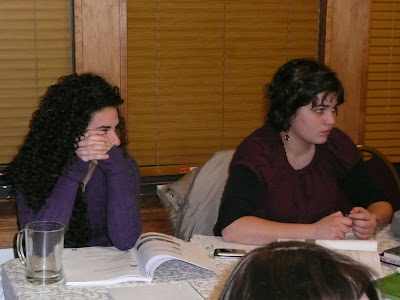 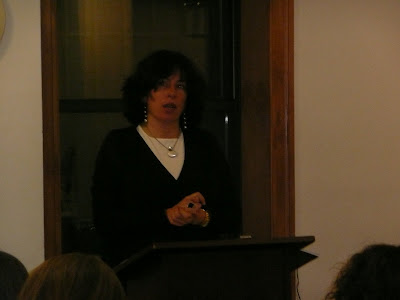 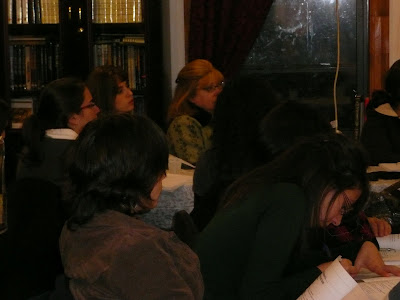 Deep shifts...
Posted by Shimona Tzukernik at 2:25 AM No comments: 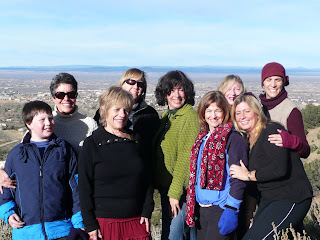 A couple of weeks ago, I had the great privilage of joining Rabbi Chaim and Devorah Leah Shmukler at their annual retreat in Taos, New Mexico.   It was an honor to share in their work.  The group was breathtaking, as was the location, the learning and the sharing.
On Sunday, a group of us went for a walk in Carson National Forest.  We hiked to the top of a mountain.  Along the way, my friend Nancy snapped a picture of a tarantula!  But she didn't tell us about it until after we'd done a meditation on the bond that ties us to our ancestral parents (horim in Hebrew) and their relationship to mountains (harim) - whilst lying on the stones that were warming beneath the rising sun!  We rejoiced at having been kept in the dark and snapped this picture on our way down, where back at the hotel we met the group for prayer, breakfast and more learning. 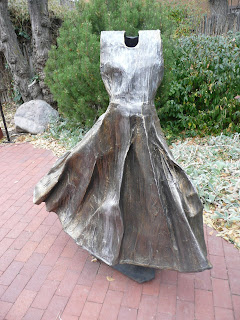 There was a long wait 'till our flight home and we were blessed to have a private tour of Santa Fe, particularly the long street of art galleries.  Some of the work was as kitsch as it comes.  But then, from the car, I saw into a gallery that beamed of great art.  Being in the space fed my soul.  Each painting was thoughtful and subtle, evocative of many layers of being.
Out back was a garden studded with sculptures.  One of the artists is a woman who focuses on women and birds, examining the themes of fragility, strength, being bound and soaring free.  She had recently created a magnificent bronze of a dress fluttering in the wind, evocative of the spiritual flight we all long for.  It's the one at left.
The afternoon wasn't the only free time we had.  Our layover was a couple of hours.  So once at the airport, Nancy and I took a cab to catch some dueling piano we heard about.  Turned out when we got to the place, there were two empty pianos facing each other and a group of friends ready for an open mike session.  We had something to drink, watched a little, smiled a lot and then made our way back to the airport.
Here are some more pics of the retreat: 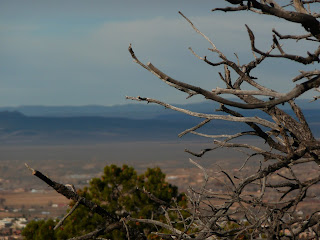 Looking into the valley from the mountain 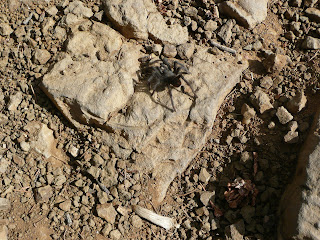 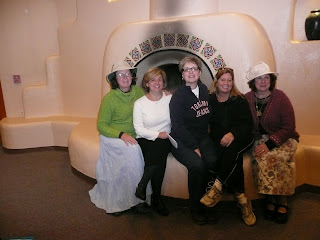 New friends around one of the indoor fireplaces 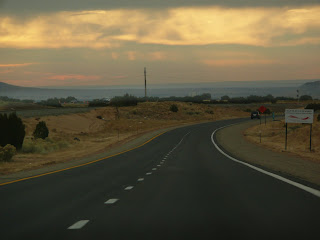 On the way to the airport and Home - which I reached in time to have breakfast with the kids before they went to school!  Thank you Devorah Leah and Chaim Shmukler for inviting me.  May you be blessed with abundant success in all you do.  (You can visit them at www.chabadnm.org)
Posted by Shimona Tzukernik at 11:33 PM No comments: