I was Duped by an Anti-Israel Videographer 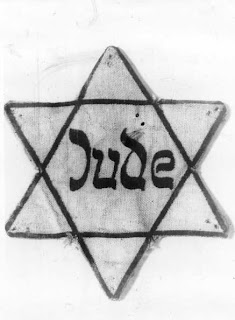 I've been wanting to share this with you since it happened. Pushing it off hasn't just been about not making the time though. In a way, I didn't want to bring it up 'cos I don't want to give this guy any publicity at all!! Yet, as we stand on the eve of reading the Torah Portion of Chayei Sara (The Life of Sara), I decided to seize the moment.

As any of you who are my friends on Facebook know, I spent two weeks in Israel this summer. You saw the pictures. And I imagine you saw the love. For the past few days, I've been reviewing the trip in my mind with added intensity. That's because this Shabbat we read of Abraham's purchase of the field and cave in Hebron as a burial place for Sarah. There's no older title deed than this week's Torah portion! Abraham rebuts all of Efron's niceties and falsities; and pays top dollar for the property.

Being in Hebron zooms ancient Biblical events into a present-tense that's flush with the tip of your nose. History is right there, in the dust and sky. My trip aroused my love for the land, and my indignation over how I'd been had.

I often get calls from people asking if they can visit my home to interview me about something or other. And I pretty much always say yes. When I got this particular call, I was living in a building. In fact, the building was the reason (or so I thought) the caller wanted to interview me. You see, we had the ill fortune of many tenants whose landlord is only too happy to make a mint by plonking cell towers on the roof of the building.

I will refrain from telling you my opinion of my one-time landlord. What I will tell you is that the roof of that building is littered with cell towers which face the school my three sons and hundreds and hundreds of other children attend. I was NOT a happy camper.

So when Leonore called me asking if I'd be interviewed by a videographer making a movie about the dangers of cell towers, I gave an exuberant "Yes!"

Talal walked in to my apartment dressed down, with blond hair and blue eyes.

"Talal? Are you from Israel?" I asked.

"Oh. Do you know that tal means "dew" in Hebrew?" I continued.

I ought to have paid attention to a teensy-tiny voice right then. But then I'd have been out of character. And so I naively plunged right in to an extensive interview wherein I decried the dumping of cell towers on the proletariat by those with the cash flow and clout to do what they want, at the expense of their tenants! We finished the interview, I signed off on rights to use my image, and said goodbye all smiles.

As soon as I closed the door, I took the guy's business card and googled him. Talal Jabari. HAH!! Silly old me. Jabari the web would have me know, was a Palestinian/American journalist who had started his career with the second intifada. He'd worked for Al-Ahram Weekly and produced content for Al Jazeera's Documentary Channel called (surprise?) "Israel from Within."

Not from Israel heh? I guessed Mr. Jabari felt uncomfortable with the name. I did feel concerned about what he might do with a Chassidic woman's testimonial. But just for a minute. I mean, what could the guy do with cell phone towers that might be anti-Jewish or anti-Israel right? This was a documentary, a scientifically driven film giving voice to the people. Right?

His movie came out and was called "Full Signal." I was updated in mailings from jabari that it had won a number of prestigious awards. "Best Documentary" 5th Myrtle Beach International Film Festival; "Audience award-best documentary"
4th Gasparilla International Film Festival, Tampa, FL...Stuff like that. The little voice was back. I mean, really, what was so exciting about cell towers that they trumped sex and food? And at festival after festival!

Then one fine day, Jabari emailed me to verify my address and inform me of the good news that a video of the film was on its way. Honestly, I don't know how many months it sat in my home. I kept looking at it and thinking, "I really should watch it." Until finally I did!

I'm guessing it's two-thirds of the movie in that I got the creeps. Sure, the film starts off with info about cell towers, interviews with knowledgeable and passionate individuals, and yours truly thrown in there. I was watching - and waiting. And then, Jabari switched gears. Two-thirds through, gone were the scientific analyses, the interviews conducted in offices, or on stairwells or even on the couch of someone's home. Gone were people speaking about cell towers from an intellectual, albeit passionate, point of view. Enter the tenderly told story of an Arab village in Israel whose residents rise up in protest against their oppressors. Gone were the accents of those interviewed, enter subtitles to explain the Arabic being spoken. The entire style is so different I was amazed that other film-makers had not noted it, had not found it jarring. But only for a moment - because the real story the film is telling, the subtext, is about bad-old Israel and its poor victims.

Inside I knew that the interview with the people of that village had not grown out of a movie about cell towers. I knew the movie had grown out of the village!

I wrote to Jabari telling him how impressed I was with the (beginning of the) movie. Truth is, he'd interviewed some interesting people and raised the issues at hand. I decided to ask him my real question obliquely, making the issue about style and language.
"I wondered why you took the example of a non-English speaking (read Arab) village apropos the fight against the companies. I was taken by how cosmopolitan the movie is (interviewees are of a very diverse background) and yet that it was entirely in English. So the switch to subtitles was strange at first," I wrote.

To which he replied, "It's quite an interesting story why I ended with that village, other than the fact that the mother's story is so heart-rending is that when I first started this film, it was supposed to be a short documentary based in Israel about the struggle between activists in various towns and a government policy not unlike that of almost any other country. I actually chose to keep it (especially since it wasn't in English) to accentuate the global-nature of the issue. While we were finishing off post-production there were a couple stories, one in the UK, one in India, that had I had enough money, would have also gone out to film to further show how international this topic really is."
Yeah really.
With time, someone apparently began to talk out against "Full Signal" and post comments on the web stating things like, “the real purpose of this repugnant documentary is to vilify Israel." Or that it was “Anti-Israel Propaganda disguised as Junk Science” or “the technology version of the blood libel”
I was unaware of all that, being busy with other interviews and such, but Jabari faithfully kept us all in the loop. An email in my inbox informed those of us who had been interviewed that these comments were out and about and that we might want to respond to them.
In Jabari's words, "My main concern here is not the attacks on my journalistic integrity (everyone has the right to their own opinion), but rather that this is a blatant effort to discredit the science in this film by turning it into an Israeli/Palestinian issue."

Turn it into? And what of, "When I first started this film, it was supposed to be a short documentary based in Israel about the struggle between activists in various towns..."

I let it go. I figured my voice was insignificant. And I certainly didn't want to bring public attention to Talal Jabari. But now holding back my thoughts feels like too much of a betrayal. Jabari has commented to others that his movie is certainly not anti-Jewish. After all, he features a Chassidic woman, and even includes footage of little boys in Jewish garb! So let this Chassidic woman say this: Thousands of years ago, G-d gave the Land of Israel to Abraham, to Isaac and to Jacob (Israel.) In addition to the promise, the Bible records the purchase of the cave in Hebron, and so too that of Shechem and of Jerusalem. It is our title-deed. Whether Jabari likes it or not, Efron signed on the dotted line. And whereas he may find it an inconvenient truth, G-d promised the Land of Israel to the children of Israel.

You can watch some videos of my recent visit to Hebron on YouTube.
If you have seen Full Signal and would like to respond, visit Amazon here.

Posted by Shimona Tzukernik at 3:45 AM

Shimona, I was also involved in fighting cell towers. These were on the church next door to my kids' elementary school. Strangely, it was 3 Jewish moms who sat down with the church people around our kitchen table. They wouldn't budge, so we went to the city to stop the third and any more from being erected. We won due to one of the council members who happened to be Jewish. Strange. The following year I was diagnosed with breast cancer. One of my daughter's friends died at 10 years old from brain cancer who went to this school. The librarian died of a recurrence of her cancer too while we were there. It's important to speak out about this issue and maybe HaShem's plan was having those "poor 'Palestians'" in the mix as one way to get people's attention. They are always seen as victims and people seem to always want to sympathize with them. I know if this church had seen that movie, they'd have stopped on their own....but listen to some Jewish moms? No way.